Allow me a few sentences to introduce you to the different stages of the depression curve.

1/ The sinusoid of life.

Life has its highs and lows, its good and bad periods.  If a problem appears in a frequent and repetitive fashion:

• Either you deal with it on the spot.  Congratulations, you do not enter the curve!

• Either it affects your spirits but you do not give it too much importance.  You talk about the problem and often end up solving it, even if you are not at your best every day. Welcome to feelings of being low, to a bit of blues, but you remain in the sinusoid phase, without going any further!

• Or you solve nothing at all, express nothing or so very little. Then you discreetly enter into the curve, passing to the next phase: that of denial.

This consists of denying the problem. Knowing that something in life isn’t working well but oddly enough doing nothing to solve the issue. And above all not talking about it! Denial can last months or years, sometimes even a lifetime.  Denial is exhausting because a lot of energy is required to avoid falling into depression, while at the same time not broaching the problem. Not with others and especially not with oneself.

This can and does appear at any moment.  It consists of a minor event (conflict, accident, illness, relational issue…) which is the final straw for someone in the denial phase. Strangely enough, it is this triggering factor that pushes the person into depression.  It is in fact what motivates the patient to consult, and what he/she brings to the initial therapy sessions.  But the triggering factor is completely different from the depression’s true motor.

This is inevitable, and spreads over several days or weeks, as opposed to denial that lasts a longer time.  Whether one is tall or short, strong or weak, intellectual or manual, rich or not so rich, doesn’t change much because this episode is similar for everyone.  We all fall down the stairs in the same fashion.  This is actually a loud fall because it brings forward the first signs of depression.  The human body is well built and already begins to express its suffering. In some ways, this is the noise that follows the silence of denial.

5/ The bottom of the bottom.

Real depression starts here and no one can escape it after the fall.
This stage offers three characteristics.

1) SOS. At the bottom of the bottom, everyone asks for help or expresses his/her pain through physical complaints inherent to depression.

2) Signs of suffering from depression serve as an announcement to others and to oneself that the problem is truly here and that things will never again be as they were.  “Finally, you are heard!  Finally, you manifest your suffering! You have been suffering for such a long time” is what I am used to telling persons who show up at the bottom of the bottom.

3/ Being at the bottom of the bottom means we can no longer put up with our problem.  We don’t wish to return to the period filled with problems which, even if it had some ‘good sides’, nevertheless led to the fall (alcohol, drugs, marital lies, infidelity, repetitive attitudes in life…).  It is impossible to avoid the torments of the bottom of the bottom and we will not save on suffering.

This period is ideal to start taking antidepressants if physical complaints are too serious.  Not wishing to turn back goes hand in hand with choosing a new attitude in order to get out of this depression. But an antidepressant will never heal a depression.  It will ease its symptoms; which in itself is extraordinary since mental and physical sufferings are so serious and so overwhelming during this phase.  Medication plays the same role as a blanket we provide to someone whose teeth are clattering from cold. Warm the person up and give him/her time to recover before asking the question of how to avoid the initial cooling.

One and only one principal can lead out of depression: letting go of something, abandoning a way of life, sometimes for the first time in one’s life (learning to say no, stopping alcohol, drugs, infidelity…).

It is imperative to take the right decision before climbing back and sometimes to abandon something we have always loved.  Choose between staying at the bottom of the bottom with cherished gold bars in one’s pockets and trashing these in order to lighten oneself for the climb back.  What a cruel dilemma!

Feeling better doesn’t mean being well.  Better is when physical complains of depression disappear.  This is in itself positive and very nice but it results from the chemical effect of antidepressants. Being well means adopting a new attitude, a way of thinking and living that will endure even when we are out of the depression or when medication has been withdrawn.

It is in fact during the climb back that real psychotherapy work is accomplished.

A victory in itself, with a return to social, family and sometimes professional life. It means we have let go of something, have learned to say no to oneself and to others, not for the pleasure of saying it but because we felt we had to do it. Proof we have worked on self confidence.

A victory when one measures the long work accomplished- sometimes over many months- since the bottom of the bottom.

To the question often asked about quitting antidepressants, only one answer seems to prevail:

“What have you changed?”  If the answer mentions the disappearance of physical complaints, this is probably just due to medication and there is a lot of psychotherapy work yet to be done.  You are better but not necessarily well!

If the answer speaks of having learned to say no, of no longer feeling guilty for getting personal pleasure, of having cancelled parasitical relationships, having enough self confidence to accept being judged or being the bad person when expressing one’s opinion…  Then you are well and will be able to reduce medication following a digressive protocol.

This is not a goal, and not everyone makes it here.  Some patients were forced to go through their depression with the whole schematics of the curve, all its bitterness and torments, to manage to live and sometimes be what they already felt deep down when they were in denial.

They will have had to live through the physical and mental difficulties of the pathology to announce future changes « thanks to their depression and its loudness ».  They alone knew, during the denial phase, what they needed to solve. At the second plateau, it is not rare to experience radical changes related to where one lives, to family, divorce, work, conceptions of and relationships to life.  Even if it has been difficult, such patients and they alone now understand the meaning of the words “positive depression”. 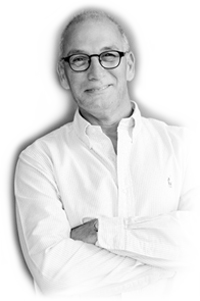 I always liked to meet each other, to his knowledge and experiences. I invite you to discover my book and my chronic , often tinged with realism but also of hope on all aspects of near or far depressive illness !